You are here:
Home About Us

For more than 30 years, The Lalanne Group has managed and developed a number of the Bay Area’s best-known real estate projects.

Bob Lalanne is president of The Lalanne Group, a San Francisco-based real estate development company. As an active developer of mixed-use, urban infill multifamily housing projects, he has acquired, entitled, and/or developed a variety of award winning projects. These projects  include the Portside condominiums along the Embarcadero in San Francisco, The Potrero Center Shopping Center, and Falletti Plaza, a 5 story mixed-use residential and retail project on Fell Street near Golden Gate Park. Bob has produced over 1,300 housing units in the Bay Area in San Francisco, Novato, Oakland, San Rafael, Santa Cruz, Pacifica, and Berkeley, some of which are anchored by Falletti Foods, Safeway, and Whole Foods.

Bob, who holds a Berkeley architecture degree, is a third-generation San Franciscan. After receiving his Bachelor of Architecture degree from University of California, Berkeley over 30 years ago, Bob was project manager for Dinwiddie Construction Company on a number of major San Francisco projects including the Crocker Tower and Galleria and Levi Plaza. He was a partner in the development of The Gift Center in Showplace Square. He worked with Lincoln Property Company in San Francisco before he started The Lalanne Group.

An active civic leader, Bob as a Trustee of the University of California Berkeley Foundation, was on its’ Executive Committee, was past Chair of the Finance Committee and Chair of the Real Estate Advisory Board. He is the first head of the College of Environmental Design (CED) Advisory Council. In 2010, Bob and his wife Millicent, co-chaired CED’s 50th Anniversary Gala, reflecting their status as generous and longstanding benefactors of the college. He is a member of the Executive Committee Policy Advisory Board of the Fisher Center for Real Estate & Urban Economics at the Haas School of Business at U. C. Berkeley. He is Chair of the Board of Directors of Mission Dolores Academy, a K-8, full scholarship, highly academic, independent Catholic elementary school serving low income families in San Francisco, is a Trustee of the St. Mary’s Hospital Medical Center Foundation, was member of the Dominican Sisters of San Rafael Investment Committee and was a Trustee and Past-Chair of the Board of Regents of Saint Ignatius College Preparatory in San Francisco. He is a member of the Archdiocese of San Francisco Finance Council. He was past member of the Urban Land Institute District Council Executive Committee in S.F., past Chair of the Small Scale Development council and is current Chair of the University Real Estate Development Council. He is a member of Lambda Alpha. Most recently, Bob was named Vice Chancellor Real Estate at U.C. Berkeley by Chancellor Nicholas Dirks.

In 2012, Bob and Millicent Lalanne established an endowed faculty chair as part of the William and Flora Hewlett Foundation challenge grant at the U.C. Berkeley College of Environmental Design, The Robert J. and Millicent C. Lalanne Chair in Real Estate Development, Architecture and Urbanism. Steadfast supporters of Cal Athletics in addition to CED, the couple also created the Lalanne Family Scholarship for Men’s and Women’s Athletics. Millicent and Bob are Builders of Berkeley. 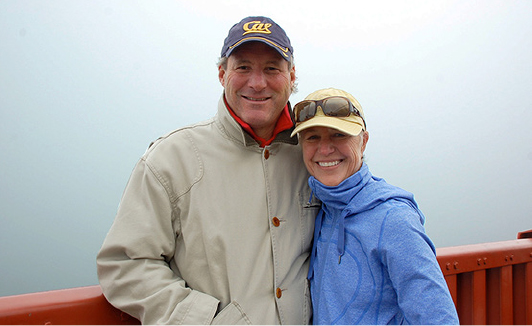